One of our favorite activities to do together is indoor rock climbing at a nearby gym. As we’ve gotten more and more involved in the activity in the past couple years, we decided we really wanted to be able to climb more often than traveling to the gym would allow. We decided to draw up plans for building our own rock climbing wall in the spare bedroom. 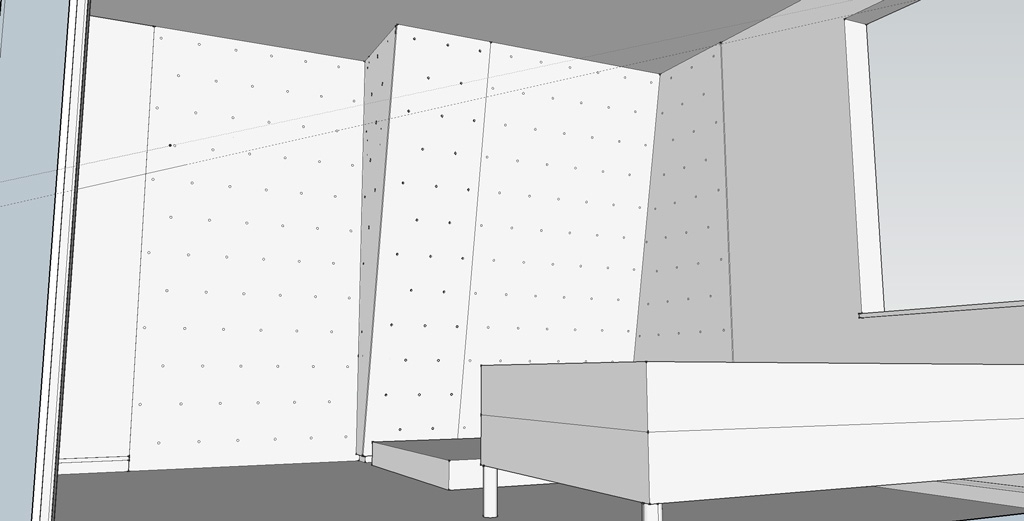 I’ve already created a scale model of our house in Google SketchUp, which really helps when planning home improvement projects.

“Building” the wall in SketchUp helped us plan the project and calculate the expense. 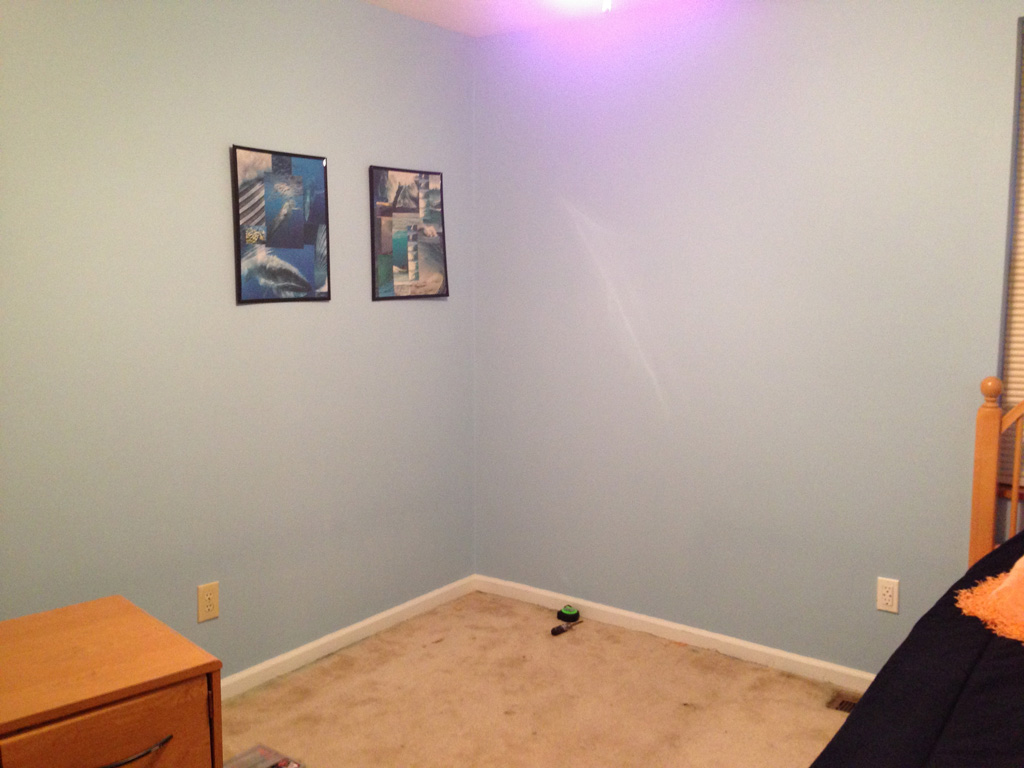 Here is where the wall is going to go. 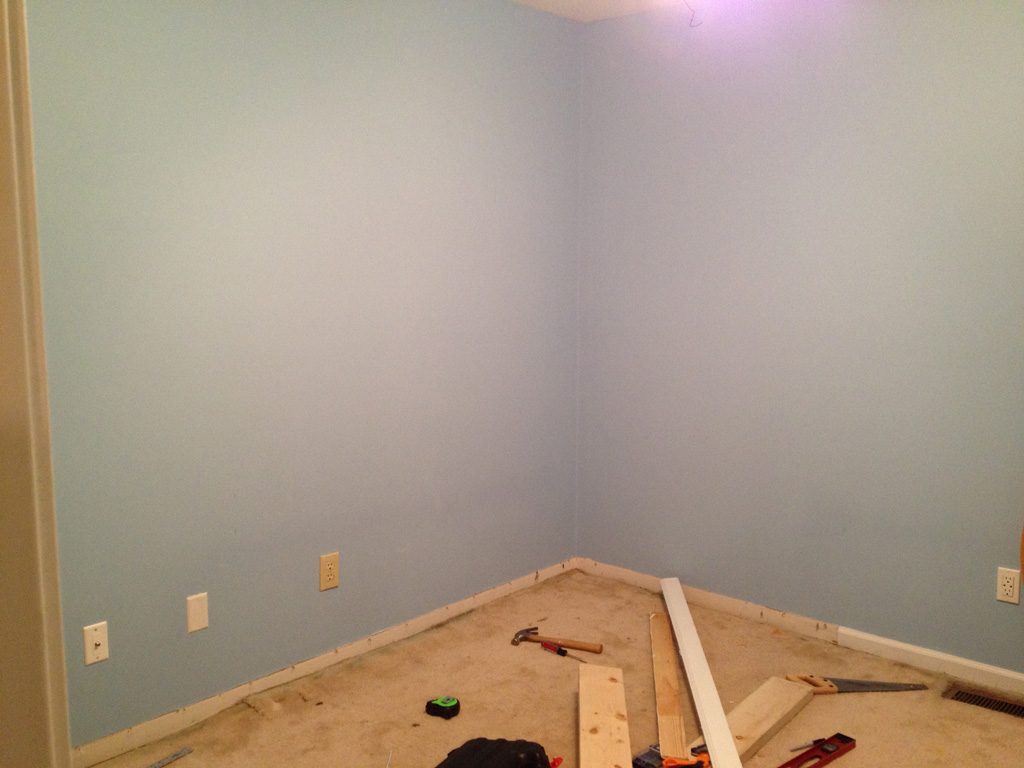 We removed the baseboard and began pulling back the carpet. 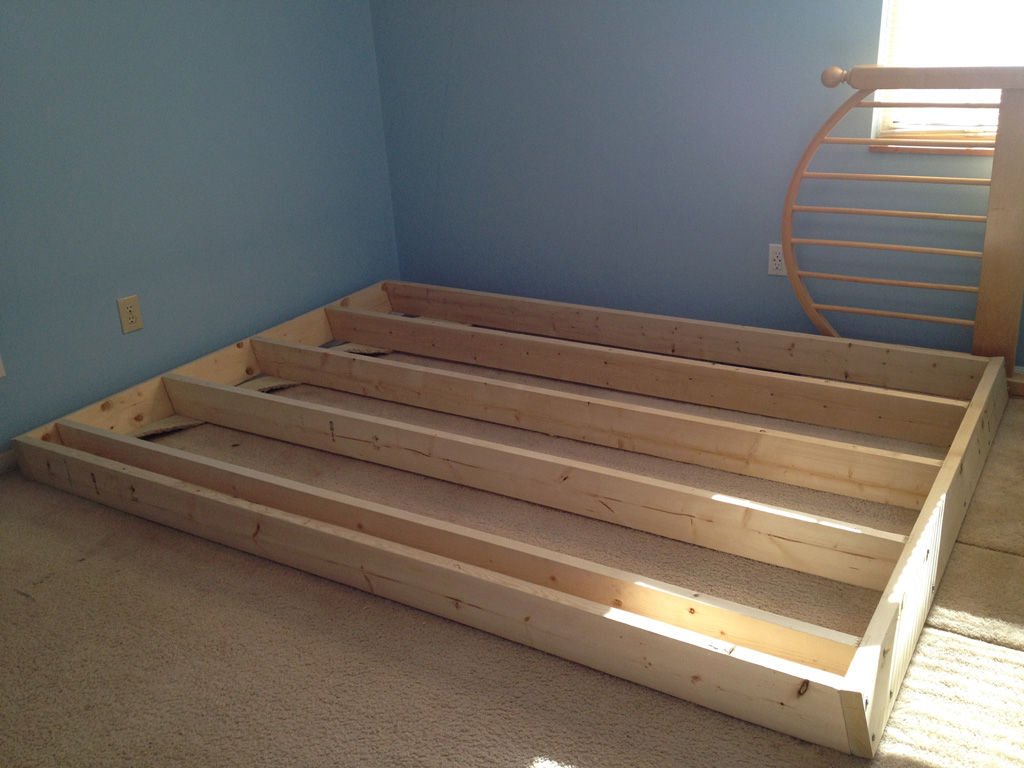 I constructed the angled wall and then bolted it to the ceiling and floor. (I had to add support beams in the attic between the ceiling joists as they run parallel to the wall.) 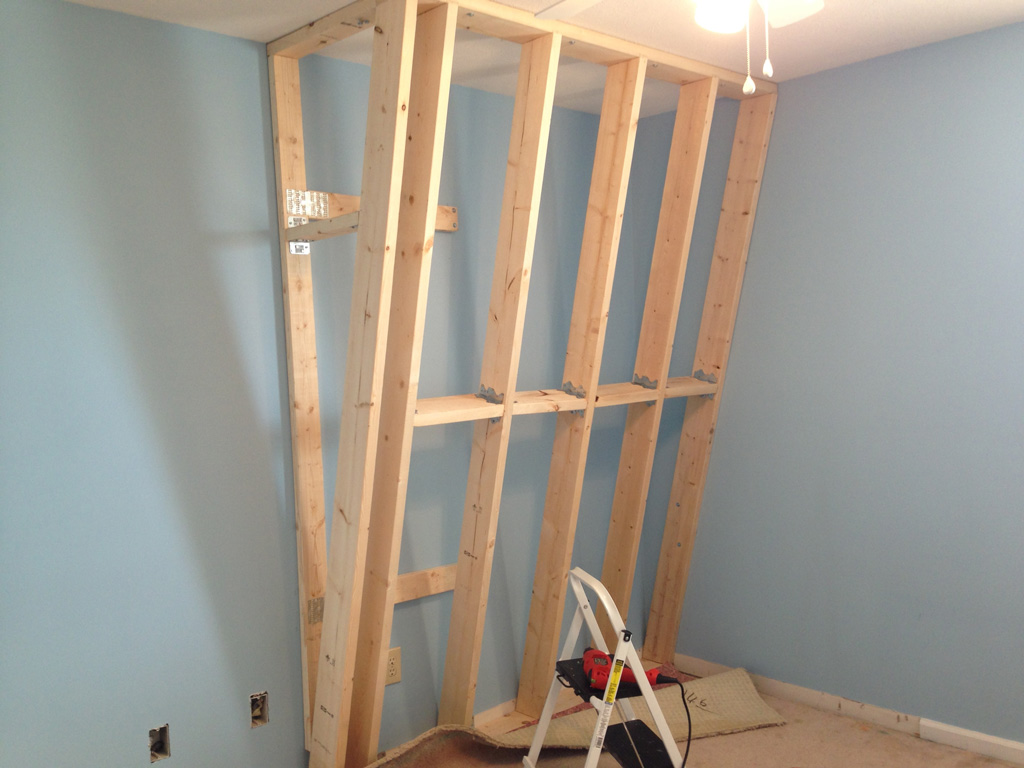 Then, I framed in the side wall and added support for middle of the angled section. 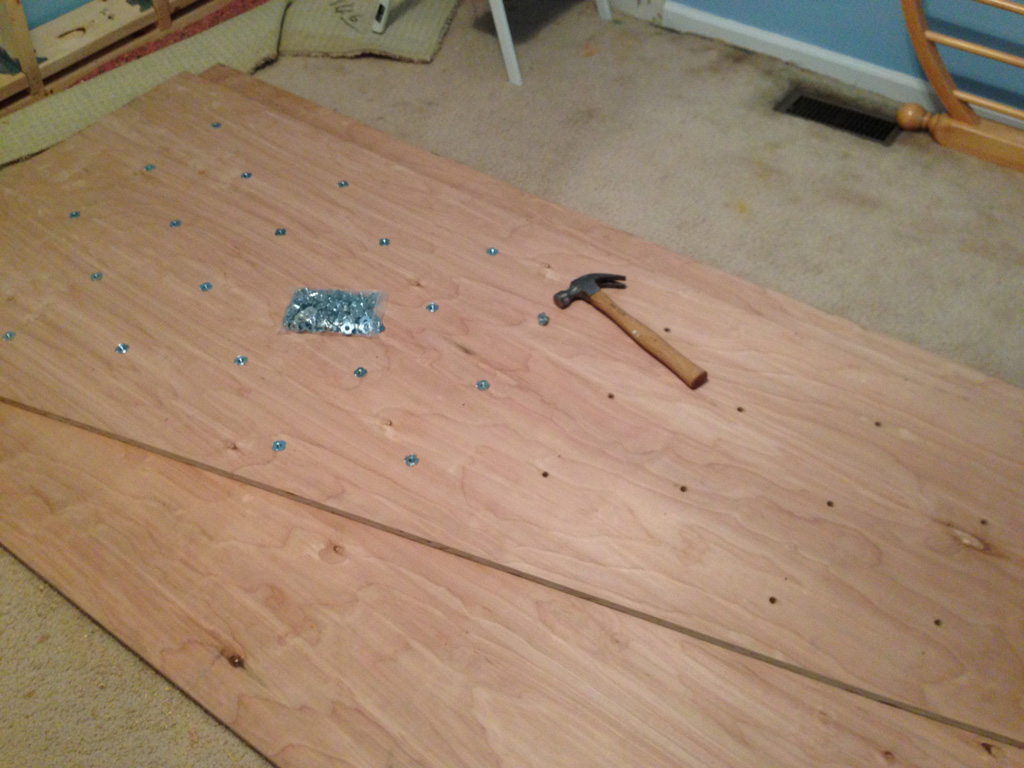 Once the 3/4″ plywood was cut, I drilled a staggered grid of holes and hammered t-nuts into the back of them. This is what the climbing holds will bolt into once the wall is complete. 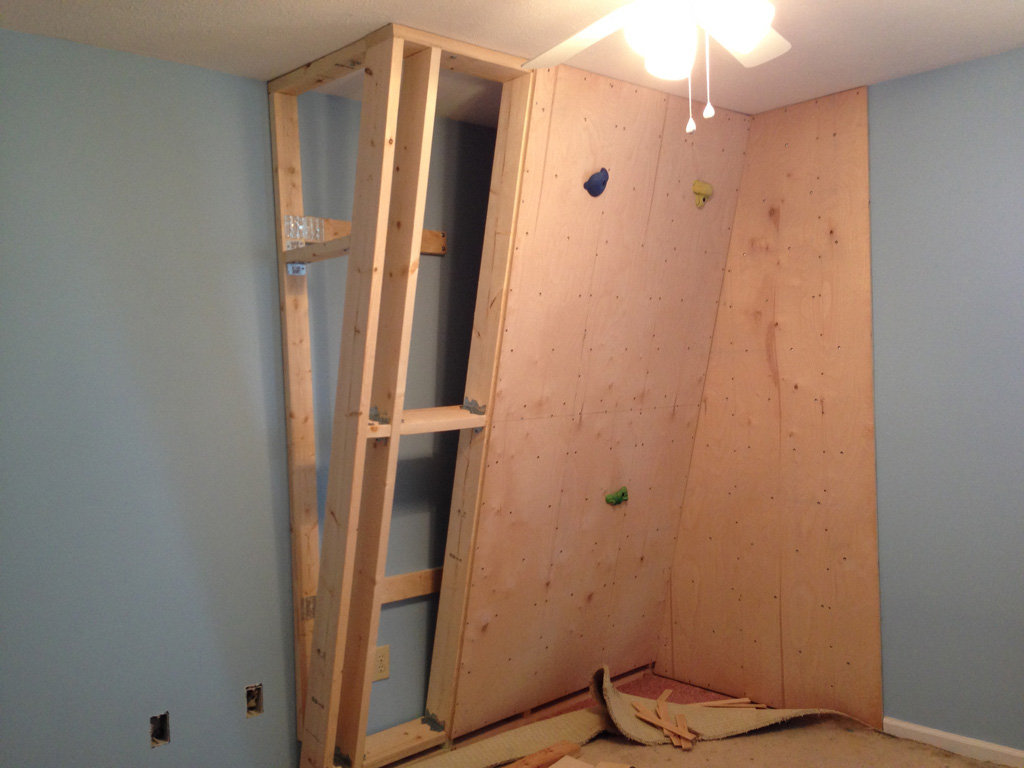 The plywood is going up and I’m using a couple of climbing holds to help move the boards into place before attaching them to the frame. 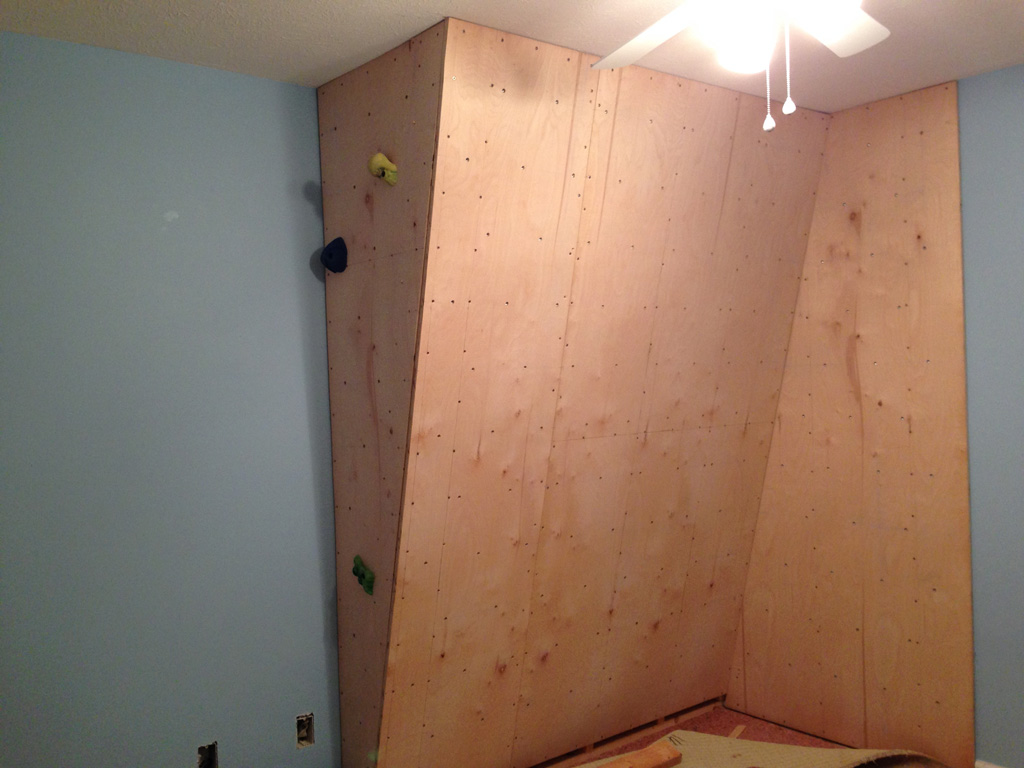 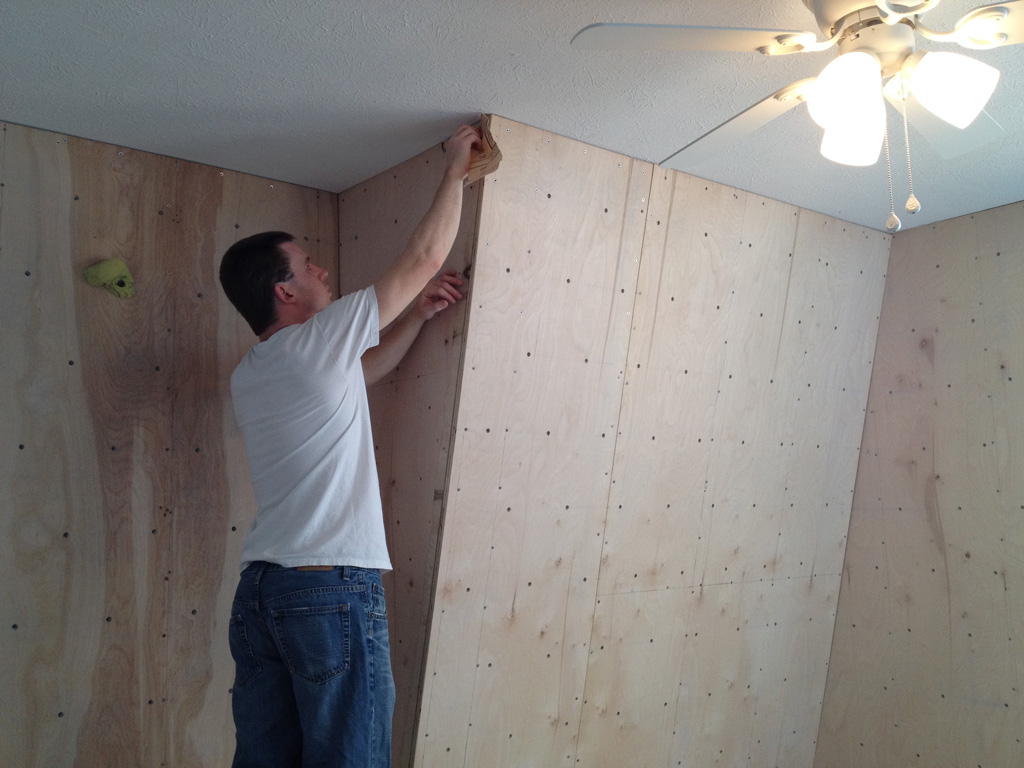 Then we sanded the outside corner so it wouldn’t be sharp. 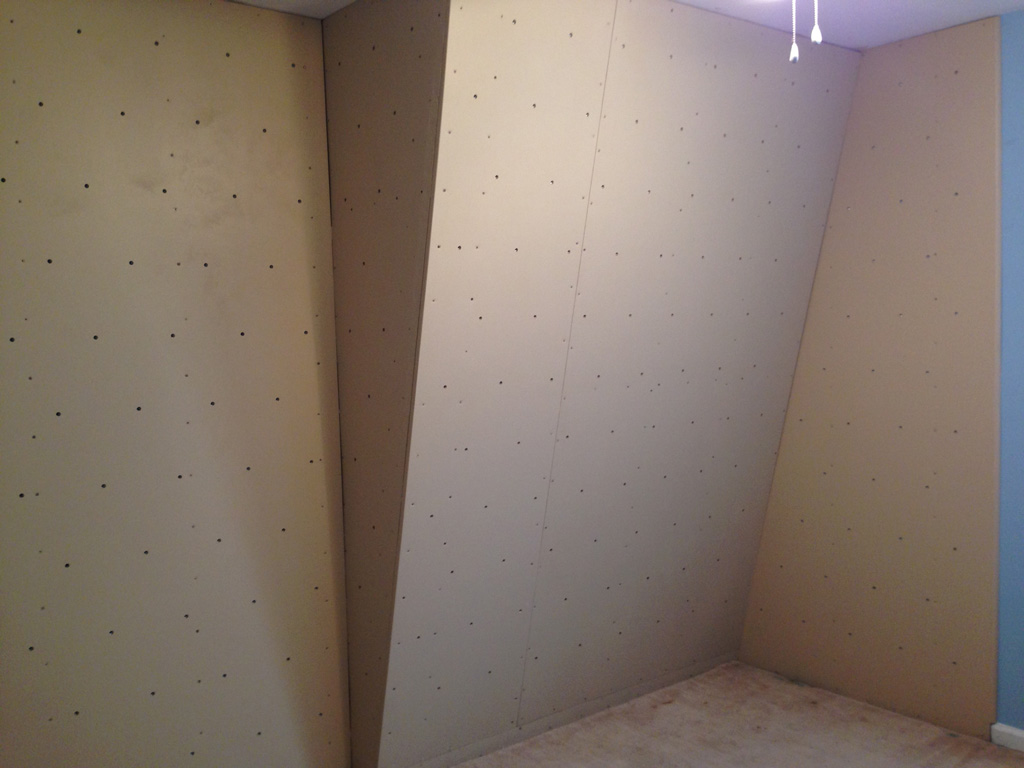 And added some paint. 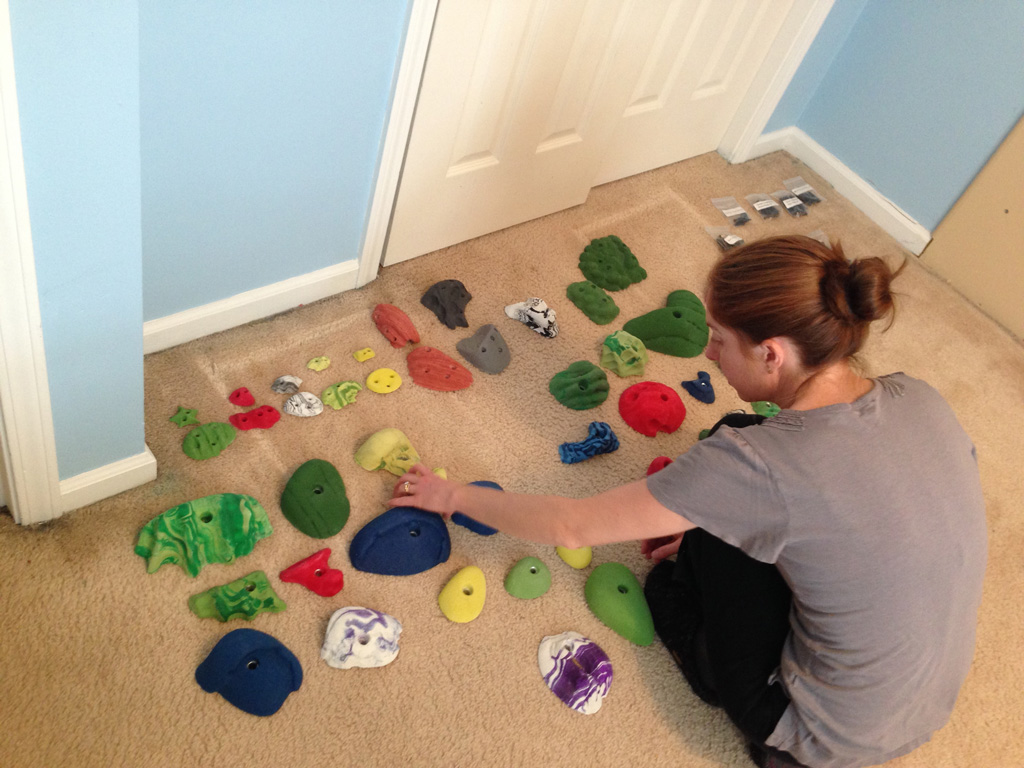 Kristine is sorting out our climbing holds so it will be easier to design our routes. 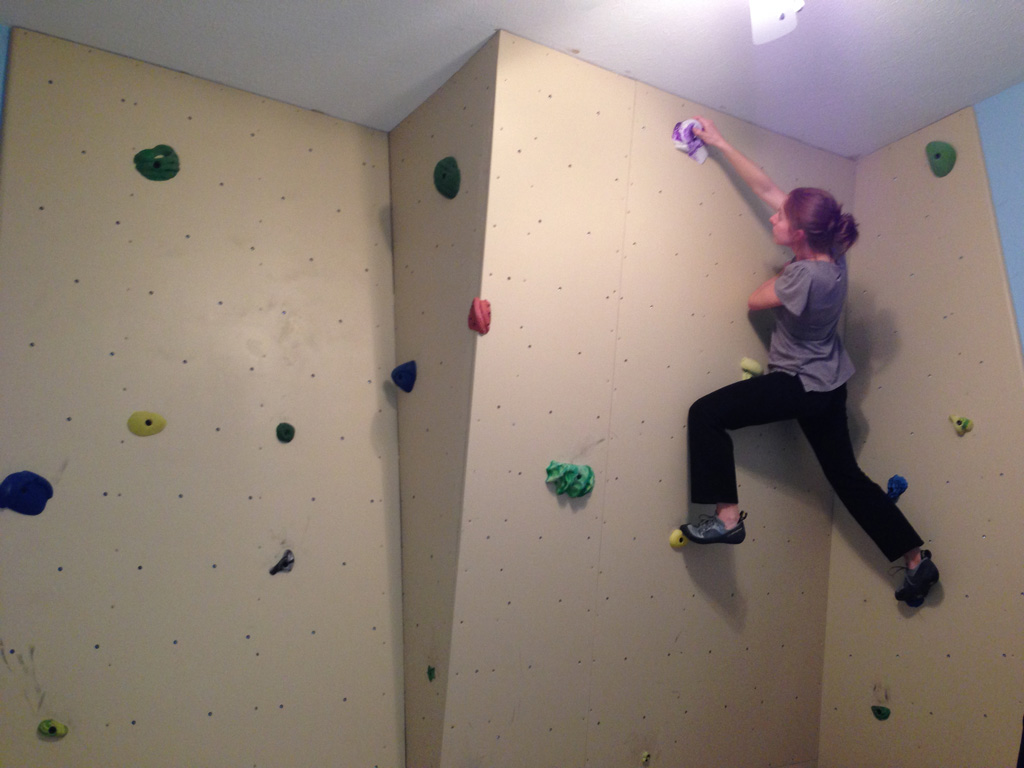 Testing out the first route. 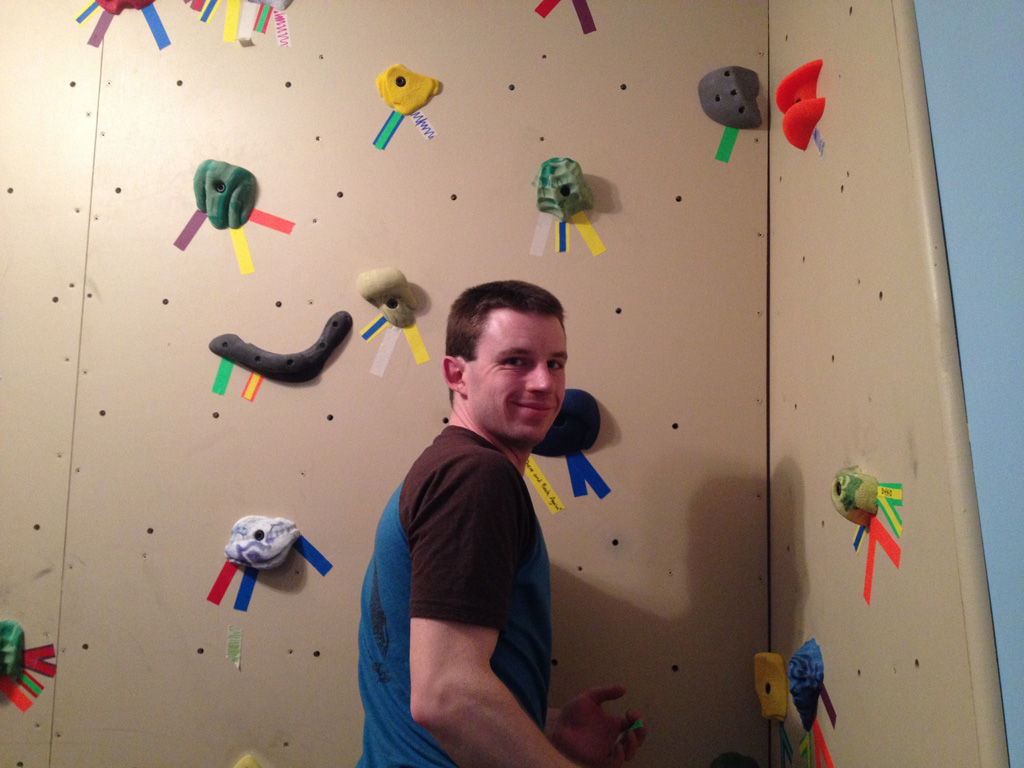 Placing route tape to designate what holds can be used for each route. 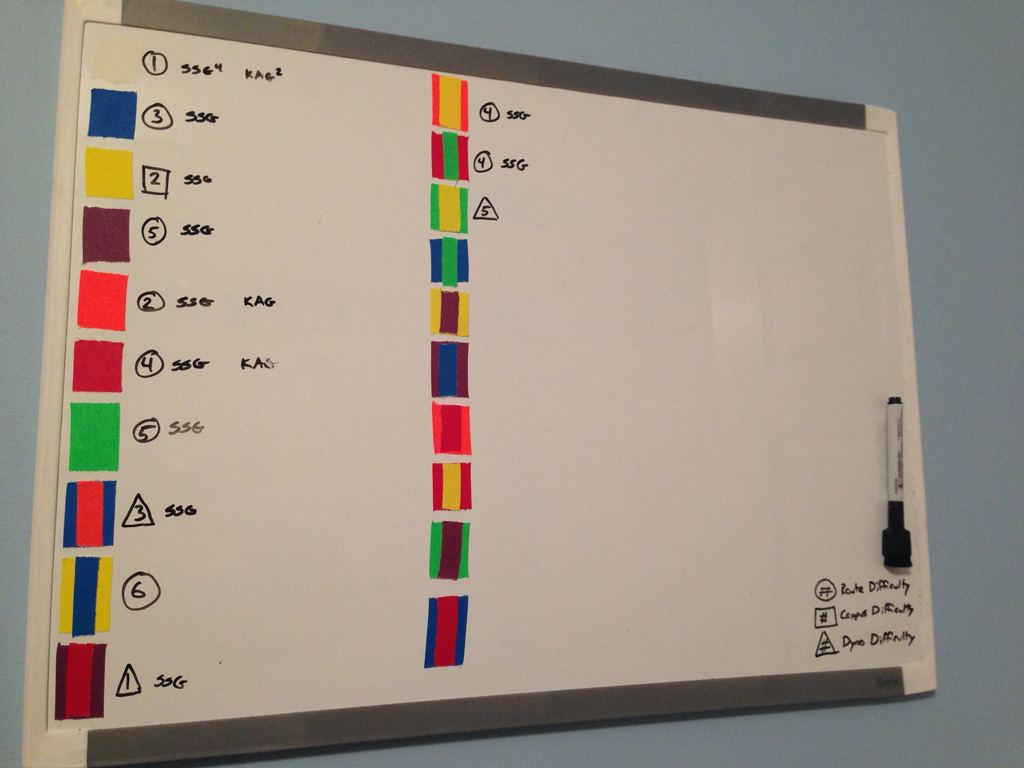 We added a marker board to rate the difficulty of each route and keep track of which ones we’ve completed. 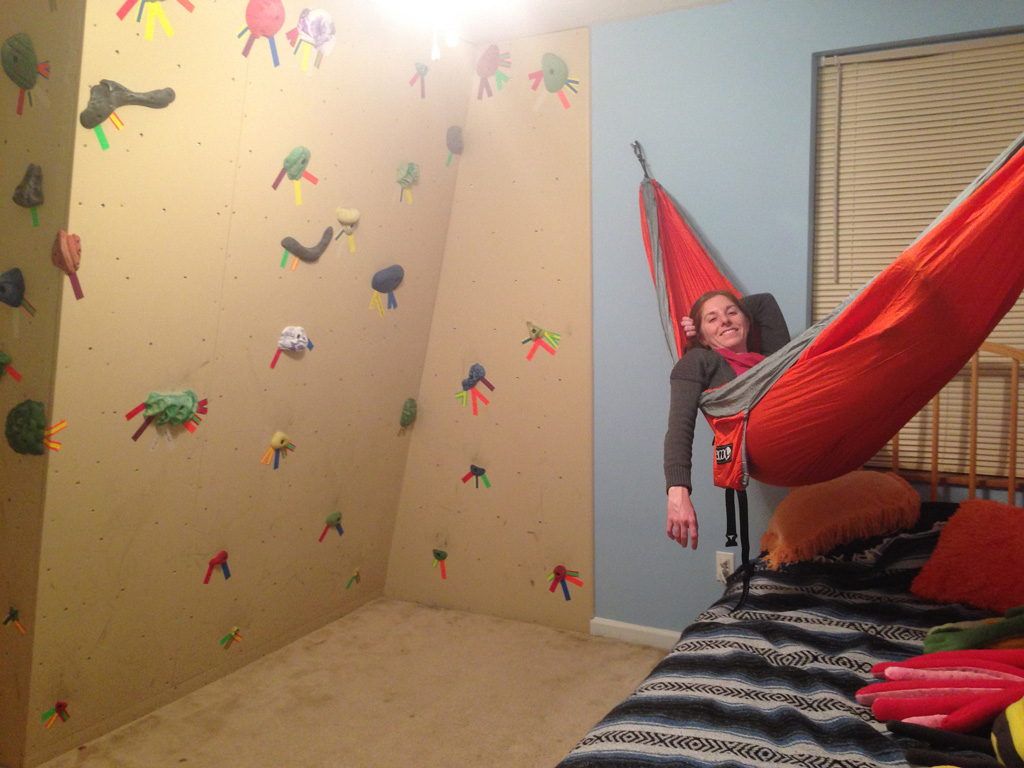 Several routes installed, and even a hammock to really give the room an outdoorsy feel.